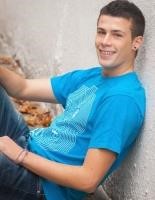 Sincere thanks to all who have chosen to honor the memory of Connor Valenter with a gift to the Daybreak WiseLife Client Incentive program. You have joined with those who believe in Teens. Treatment. Transformation.

Connor was born in Mesa, AZ on Christmas Eve, December 24, 1991. He lived in Boise, ID before moving to Vancouver, WA in 1995. He moved to Camas, WA with his family in 1998 and was a graduate of Camas High School and Washington State University. Connor was a proud member of the Camas High School Varsity Soccer team and Pi Kappa Alpha (Pikes) fraternity. He died in Seattle, WA on Good Friday, March 25, 2016 of an accidental drug overdose. Connor loved… READ MORE